Berlin Fashion Week started for me this season with the German Digital Days. Since I worked until the afternoon and had a lot of plans after that, I decided to only visit the Fabletics showroom. My favorite blogger friend Kim was on the way with me. We wanted to have a look at On Time PR too, but that didn’t fit in time. After the Fabletics showroom, we went to the InfluencerCafé from Styleranking. Since I’ve been going to the Berlin Fashion Week this event has taken place on Tuesday. The InfluencerCafé was not the only event that had been postponed by a day. The HashMag Blogger Lounge was also on Tuesdays and Wednesdays instead of Wednesdays and Thursdays this season. I noticed that Fashion Week only took place on two and a half days this season, the shows were only on Monday in the late afternoon, Tuesday and Wednesday. When I started, everything lasted until Friday and almost nothing was happening on Monday.

In the Fabletics showroom, Kim and I looked at the current as well as the upcoming collection. I liked both very much, most of the designs can easily be worn in everyday life and not just in the gym. I was able to choose a few things and decided on a summer set in wine red, long black leggings, and a green sports bra. I also came home with a silver down jacket, I’m looking forward to styling it. 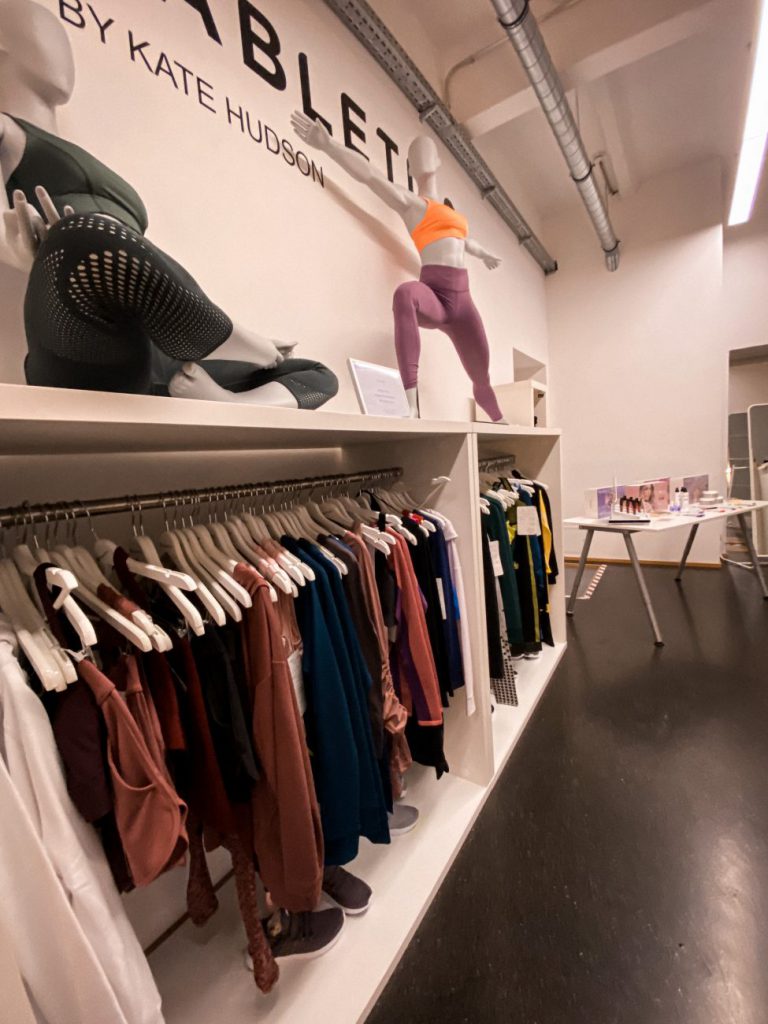 At the InfuencerCafé from Styleranking, we only stayed about half an hour, since we had to go on. There were various panel talks and some brands were represented. Among other things, you could make bracelets or obtain information from a tax advisor. We had a little trouble finding the location and I think it’s a shame that it was so far out there but it was nice. In my opinion, all organizers should work together and settle near each other. Due to the long journeys, you can often not take place at an event and that’s for no one good.

In the evening Kim went to a panel talk in the Swedish embassy and I met my friend Celine to have a look at the Fashion Hall as I did every year since I’m at the Berlin Fashion Week. I was accidentally put up with the photographers, when I said that I was a blogger and that this was a misunderstanding, I was treated as unfriendly as ever before. There was no compromise or excuse. Instead, the man got loud and said that he is not discussing with me and that if I want a seat I should pay for it. I was confused because I have been attending the event for several years and have never had such a situation, to be honest, I have never had anything like this at any event. You definitely should treat your guests differently and even if these people are not the guests you don’t talk so insolent to people who are friendly to you. Unfortunately, unfortunately not everyone has had a good upbringing. In any case, I had no desire to deal with the whole thing and let the event go. Instead, Celine and I had a delicious pizza in a cute local nearby. Regarding the Fashion Hall, I also have to say that I visited this event on Mondays because I also like to support small, unspectacular projects that tend to go under with all the big ones. After this action, however, this one is done for me, I no longer want to support something like that.

how to look cute in chunky boots

emigrated: 5 years in berlin and how I...

winter wonderland: a cozy outfit for the snowy...

how to look cute in chunky boots