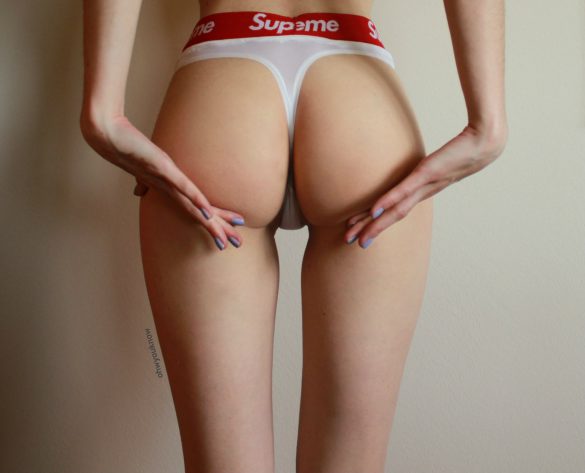 Uhhh, it´s like the whole streetwear scene is freaking out about my custom Supreme thong. Well I think these are my five minutes of glory. Maybe we will release a t-shirt with this “famous” picture on it. There is even the chance that a t-shirt with this print will be released!

May many people call me a bitch or a hoe because I put a picture like this on the internet. I need to say that I don´t give a shit. I can´t see anything provocative in this picture, it´s all about what I tailored and whereon I´m proud of. My friends are okay with this picture and my boyfriend is too and I don´t care about the opinion of anyone else. If I´d wear a bikini no one would say one word. I also think we´re at a time where being “naked” is getting normal. You can see the motto “sex sells” in many advertisements and even celebrities expose more naked skin then some years before. I bet in some weeks or months a lot people who hate now will just copy my idea because it´s amazing, lol. Whatever this post is a diy post, I want to show you girls how you can make a thong like mine.

How I got the idea:

Recently I bought myself some Supreme boxershorts, they were unfortunately too big for me. So I had the option to throw them away or give them to my boyfriend. I thought both were bad ideas because I really wanted to wear them. After a short time I got the idea to make a thong out of it. I think thongs are the most comfy underwear model for women, that´s why I selected this model. I really like the result and the feedback on Instagram and Facebook showed me that other people liked my idea too.

How you do it:

All you need is a thong you really like and of course in your size, some Supreme boxershorts, a scissors and a sewing machine. I cut the elastic band from the boxers and opened them at the back. Like I already mentioned the boxershorts were too big for me so the elastic band was also a bit too big. I shortened it and sewed it again together. Then I sewed the Supreme elastic band on my thong. Et voilà the stylish custom Supreme thong is ready for wearing. 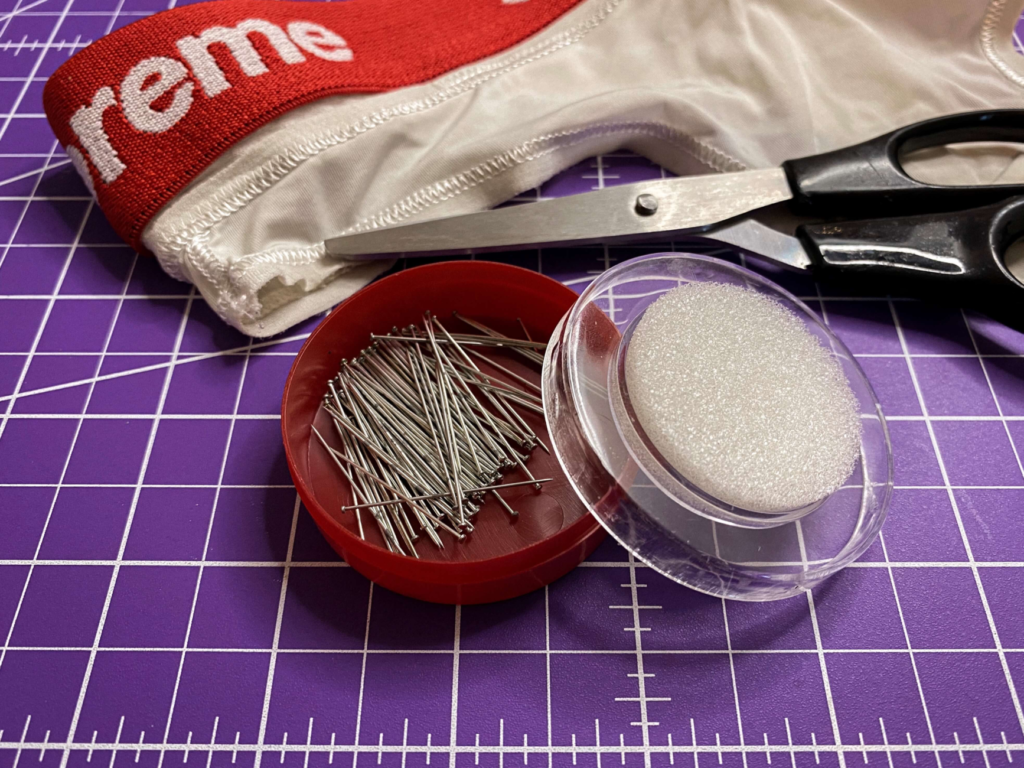 a dream came true: my meet & greet with justin bieber in zurich

stunning sunrise over the zeuthener lake